It took some doing after fferal goats suddenly became a commercial commodity, but Brett Beesley put a mate onto a billy all his own.

Jaz and I had invited the guys from Keen Hunter to see if we could get David a nice goat to hang on his wall. Once Mark and David Richards arrived, we sorted out our gear, loaded up the two Polaris quads and headed into the hills.

The goat population on my hunting block had taken a severe hit when one of the neighbouring properties rounded up over 400 of them. Most of the trophy billies were sent off to market. All we could do was play the hand we were dealt and see if we could find some that the dogs had missed.

We headed to a range of hills that always held a few goats and we weren’t too disappointed in seeing a good number of nannies and kids. We did want to get a nice eater or two but thought we would look for a billy with some head gear first.

Leaving the mob undisturbed, we continued along the track. We must have had luck on our side as not much further along I spotted some young billies feeding and a couple bedded down. I quickly shut off my quad and signalled for Mark to do the same. Glancing through our binoculars, Jaz and I soon picked out the biggest billy there.

While Mark and I were discussing the best way to stalk in on the unsuspecting mob, Jaz took David aside and pointed out which of the goats to try for. With the wind blowing strongly in their favour, it didn’t take the them long to get to a tree about 100 metres away from the goats. 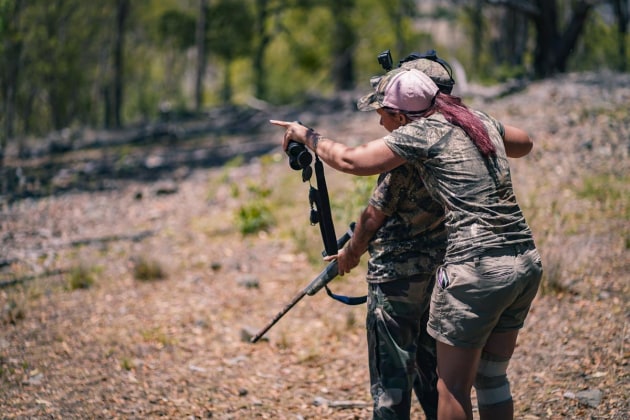 David was a bit unsteady and so quickly strapped his Keen Hunter Portable Support to the tree which gave him a solid rest. The billy he was after had bedded down and there were other goats constantly walking in front of it, preventing David from taking the shot. Eventually there was a clear line of sight and David squeezed the trigger of his .243.

That billy didn’t know what hit him and he died right there in his bed. A perfect heart shot had secured David’s first goat.

The mob scattered but one young billy ran back and stopped. I whistled at David, telling him to shoot that one for meat. He didn’t need telling twice and promptly gave the young goat a dirt nap. 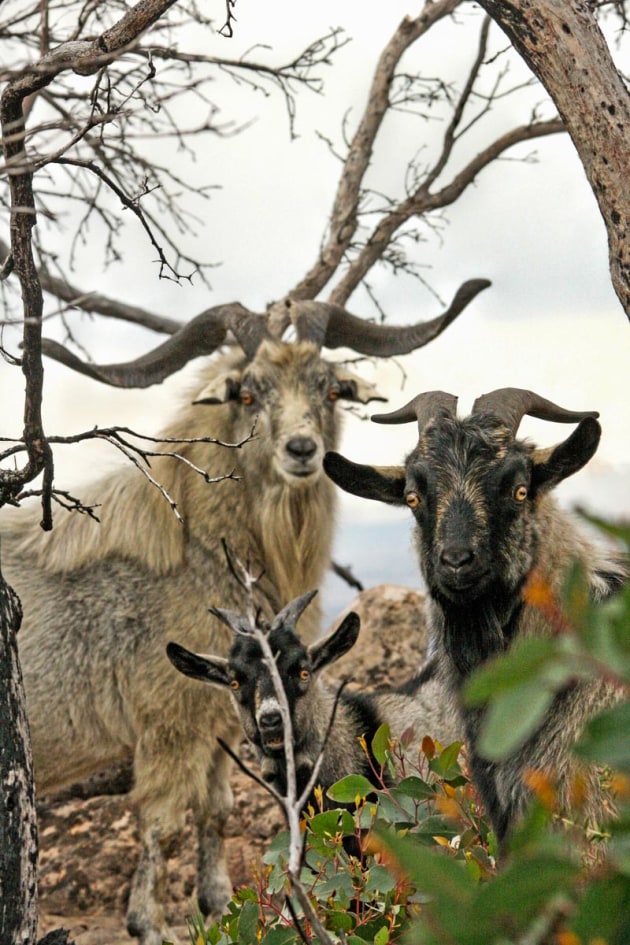 When we got to the downed goats David was rapt with his nice billy. So we set up for some photos and then caped it out and field dressed the young goat.

We rose next morning to realise the finicky New England weather had done a 180. Gone were the warm sunny days, being replaced with a cloudy, overcast day and a strong, icy southern wind.

We weren’t deterred though and jumped on the quads and headed to a different part of the property. As we manoeuvred our way down a steep, rocky section an unseen mob of goats spooked and started running across in front of us. I waved for David to jump off his quad and come up to mine. 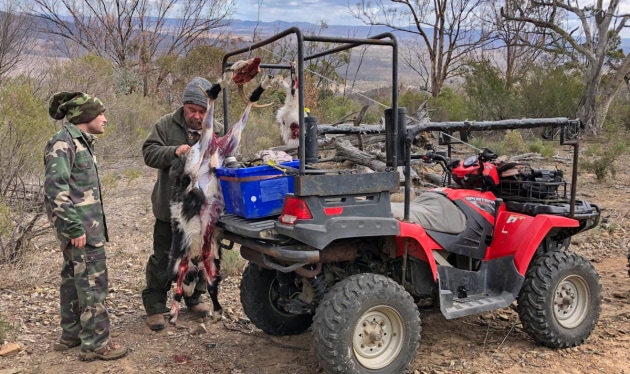 One of the last goats to cross made the silly mistake of stopping on the road to have a look.

“Take him,” I said to David and a second later his rifle cracked. The goat dropped in its tracks. David liked the skin on it so we ran the winch rope back over the shooting rack and hoisted the goat up in order for Mark to whip out his knives and in no time flat he had the skin off and the best cuts of meat in the esky.

It had been a fantastic couple of days poking about in the hills and all that was left for me to do was extend a welcome back anytime to the guys so that we could hopefully get David a bigger billy. 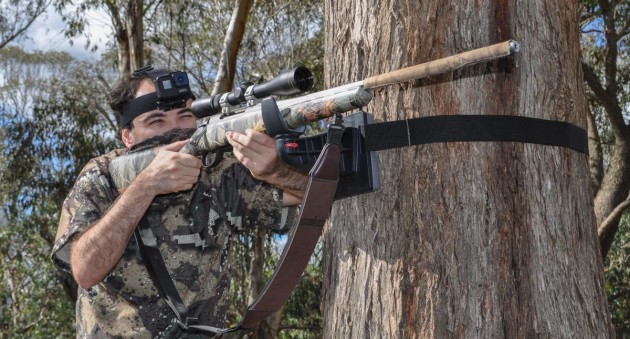