Gary Hall is back with another piss-taking yarn after hunting with his dubious crew.

With extra fuel, an icebox full of drinks, a sizeable quantity of rissole-and-pickle sandwiches, the canine cavalry in the dogbox, ammo, bang sticks, tracking collars, a camera and tripod (my nickname at school), a first aid kit (containing two beers) and more paraphernalia than needed to make a David Attenborough documentary in the Galapagos Islands, we headed off.

Behind the wheel was my good mate and trusted hunting companion, Neil sporting one big Popeye sized arm. He needs to find a girlfriend real soon (so he can suffer like the rest of us). In the backseat, trying to get comfortable was the young bloke, Keegan, a ripped, lean, muscled machine with a genuine sixpack who’d just turned sixteen. The only time I get close to a sixpack is inside a bottle shop. 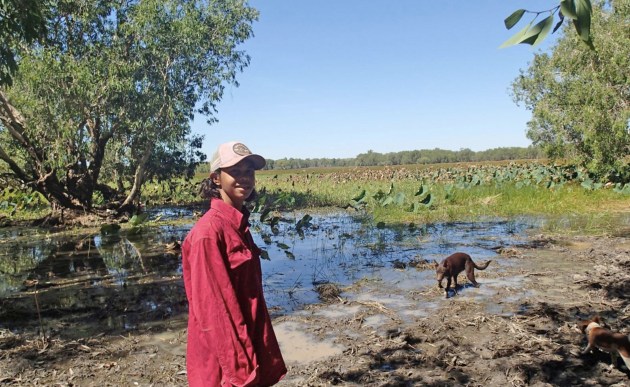 The large, scenic expanse of wetlands looked a promising pig haven, but on a short, tentative walk we saw saltwater crocodiles sprinted from sunning themselves on the bank to the wet stuff, but the pig sightings — a big zero. A quick change of plan was needed before we lost a dog or worse, so we returned to the safety of the vehicle, though with Neil driving even that wasn’t a sure thing.

Suddenly, a solid boar exploded out of the thick vegetation on our right, crossed the narrow track at speed and vanished into the shadows of the tree line. The instant Keegan flung open the dogbox doors the hairy-legged bailing team hit the ground running. Then the barking started.

When we arrived at the dust-up, the dogs had it all under control; they earned their biscuits keeping their quarry glued to the spot
while I moved in on its blindside and shouldered the hard-hitting take-no-prisoners compact 12-gauge. When a safe shot presented, a solid slug added one more to our yearly tally. 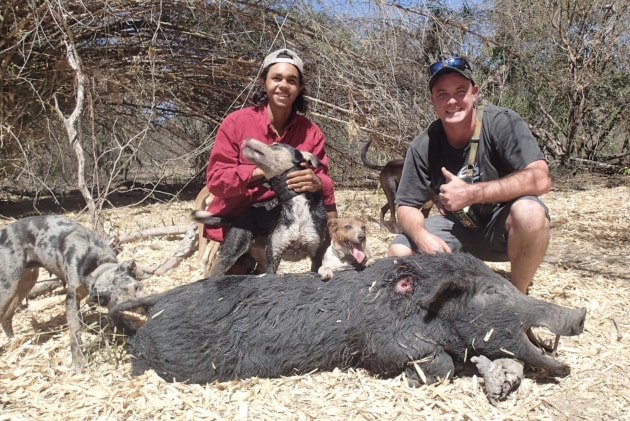 No sooner had the pole-axed porker bitten the dust and Jack Russell Rocky, the little gladiator with a cocky attitude was in position for the camera. He should be on Married At First Sight; he’d love the paparazzi and has a higher IQ than most of the contestants. After a brilliant photo of Rocky, a great pic of Keegan and the best you could hope for of Neil, we headed back to the vehicle for a well-deserved rest, drink and a sandwich.

Due to the numbers and proximity of the saltwater crocodiles encountered on the wetlands we decided to try our luck walking the banks of a narrow channel that had been successful in the past. We thought it would be a ‘designated’ croc free zone, but unfortunately, a fifteen-footer with teeth bigger than Chad Morgan had other ideas. Seeing something so big and dangerous sunbaking on the opposite bank certainly puts a bit of purpose in your stride.

Q: What makes crocodiles so cranky? A: E-reptile dysfunction.

We hadn’t gone that far from croc-zilla when the dogs fired up near a large, dense stand of bamboo. Tucked in tight against an almost impenetrable wall of bamboo, a good-sized boar with its head down and bristles up eyeballed the barking pan lickers with distain. If it had just sat tight we might still be there but when it tried to make a run for it the coach-gun dropped him on the spot.

On a quick stroll before tea, Neil dropped a perfectly sized freezer-filling buffalo cow with his mighty .300. Although he’s always going on about the size of his broad shoulders — they’d have to be to support that boofhead — it was the skinny old fella with the bow legs that carried the backstraps back to camp. 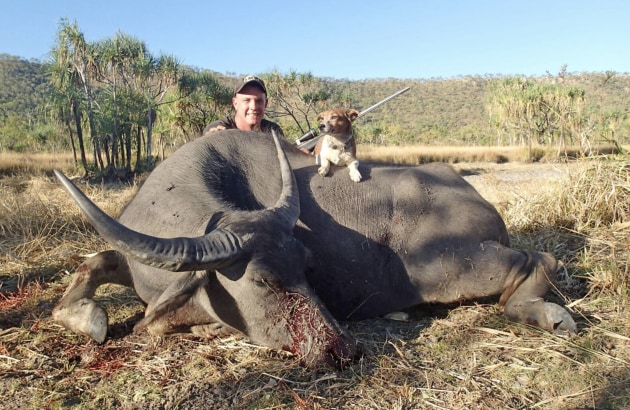 What a top way to end the day, laughing and joking with good friends around the campfire while enjoying a coldie and some BBQ magpie geese.

The following weekend was exactly the same: same crew, same dogs, same success rate. The first couple of pigs were easy, quickly bailed and nailed, but the third — a big brute of a boar with some impressive ivory — was a different story.

The fired-up boar had bunkered down in a narrow, high-sided drop-off. In the muddy, confined space, its size, disposition and tusks made it a tough adversary for the three hardworking bailers. With the stand-off below our feet any loss of footing and we’d be down the embankment quicker than a downhill skier and sitting on the back of 90kg of hostility.

Boom! An instant after Neil’s double barrel exploded into action the portly porker packed his port for pig heaven. With no chance of dragging the hefty, fallen creature up the bank, its chin was propped on a log for the mandatory photo session. 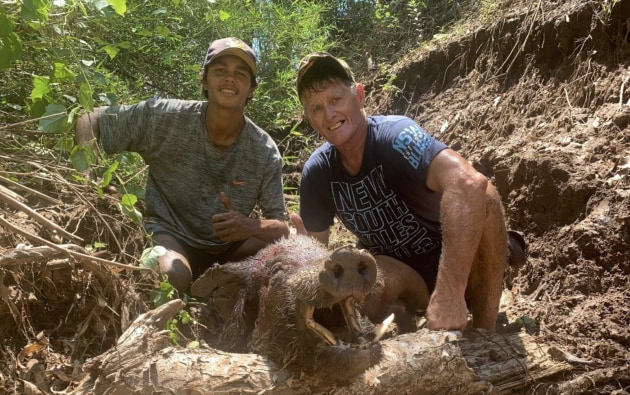