Conservative Member of Parliament for Yorkton-Melville, Saskatchewan, Garry has been a tireless reformer of restrictive firearms legislation in his native Canada. In an astoundingly successful political career, Garry spent 17 years researching and eventually implementing successful legislation to have the wasteful and ineffectual Canadian Long-gun Registry dismantled, against fevered opposition from liberal politicians keen on disarming and restricting the lawful activities of Canadian licensed firearm owners. sportingshooter.com.au had the opportunity to ask Garry some pertinent questions and here are his answers.

GARRY'S QUOTE: "I never dreamed before I was elected that gun control would be a major issue that I'd follow. Despite being told many times to give it up and that I was wasting my time, I always did what I felt was right with the support of many others around me."

Garry, it is a pleasure to have the opportunity to ask you some questions. Welcome to Australia. Many of us consider Canadians to be very like us in outlook and makeup, so your opinions and experiences will be most welcome.

1. Can you tell us why you are such a passionate advocate for lawful firearm owners?

ANSWER: Mostly, because my constituents asked me to take their message to Ottawa. Once I started advocating for them in the House of Commons other gun owners and the media noticed what I was doing and it all took off from there. Really, I was just doing my job as a M.P. representing my constituents in Parliament.

2. “Licensing fit and proper gun owners is an exercise in trust by fellow citizens and subsequent registering of longarms is an exercise in mistrust and subjugation by government.” Can you talk about that statement and do you consider it valid?

ANSWER: I don't consider it valid because all the scientific evidence amassed to date demonstrates law-abiding gun owners have never been any serious threat to public safety or police safety. Those intent on committing violent crimes and the mentally ill are usually easy to spot. Laying a piece of paper beside a gun (license or registration) doesn't stop crime and it doesn't help identify those who have criminal or evil intent. In fact, in Canada, gun owners are three times less likely than the general public to commit a murder. In Canada, the old Firearms Acquisition Certificate (FAC) was equally as effective as our current licensing regime and cost taxpayers far less ($15.5 million a year in 1994 compared to $56 million a year now). The FAC system required any law-abiding person wanting to buy firearms to go through a local background check by local police, a national criminal record check and pass a firearms safety test. I fully support the government's right to license the use of our property including the use of firearms for hunting, sport shooting and self-defence. Owning property and using our property are two completely different things. Taxpayers' dollars would be much better spent trying to address the real causes of crime. A violent offenders registry would be far more effective than a gun registry. A violent offender registry would be far more cost-effective than a gun registry.

3. How did anti-gunners take hold of the legislative process in Canada, who are they and why did it take so long to defeat them, especially when you see Canada's fine frontier heritage?

ANSWER: The anti-gunners only took hold of the legislative process, because the elected governments from 1976 to 2006 only really listened to the anti-gunners. The federal bureaucracy was stuffed with anti-gun activists that were hired during the massive increase in government during Pierre Trudeau's years in power (1968-1984). Pro-firearms organizations were marginalized by their political representatives and abetted by the main stream media. Starting in 1994, the Reform Party started listening to and working with the firearms community. Law-abiding firearms owners were partly responsible for our party's electoral success in 2006. A former Justice Minister told me recently that they lost about 60 seats in Parliament over the firearms issue.

When our Conservative Government was elected in 2006, the Minister of Public Safety took steps to ensure that his Firearms Advisory Committee included firearms experts and police members and no anti-gun activists. Evidence-based firearms policy replaced anti-gun emotional rhetoric and this is a most important point.

4. If you had to name one single most effective measure that you or your constituents took to publicly overcome widespread anti-gun prejudice in Canada, what would that be?

ANSWER: Mobilize gun owners, encourage them to get directly involved in the political process and find a political party to represent their views in both levels of government and in both Houses. Gun groups must also work together and put aside competing agendas by focussing on what is politically possible.

5. How did non-compliance or civil disobedience figure with regard to normally-lawful Canadian gun owners in the restrictive period and did gun crime go up as a result?

ANSWER: In 1995, when the Liberal (left wing) Government (not the same ideological bent as Australian Liberals) passed Bill C-68 implementing the licensing regime and the long-gun registry, there were at least three million law-abiding gun owners in Canada. Only two million gun owners ever bought a firearms license. Between 7 and 8 million rifles and shotguns were registered while estimates of total the number of long-guns in Canada ranged between 18 and 21 million. Violent crime didn't go up it continued going down as it had been doing for at least a decade, albeit more slowly.

6.  What advice would you give to Australia's law-abiding gun owning individuals and groups in their efforts to return our gun legislation to normality.

ANSWER: Build a political base based on fighting for every person's fundamental rights and freedoms. And, if it's not already happening, I would also suggest you encourage think tanks to publish peer-reviewed research papers with solid factual analyses of guns and crime. Both these actions will help educate state and federal bureaucrats and journalists.

Also, gun owners should belong to organizations that represent their views and encourage these organizations to work together with one voice to their political representatives. gun owners should get involved at the grassroots level in a political party that is willing to advance legislation that best represents those views. Put apathy aside and work in the political arena even if at first you are not comfortable with it.

GARRY'S FINAL COMMENT: "Politicians like the idea of gun control because it creates the impression they are doing something to improve public safety in the minds of those who don't explore issues in depth."

Garry, thank you very much for your time and for taking the trouble to support Australian gun owners in their efforts. 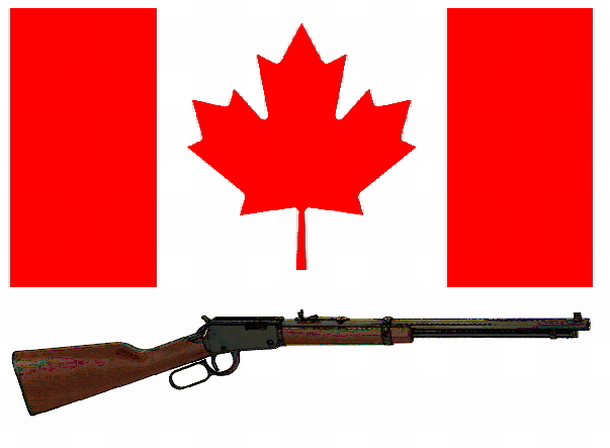