Increasing wild deer populations in Wilsons Promontory National Park have been threatening the habitat in the park and removing food sources from other animals.

Hog deer have stripped the park’s trees and shrubs, which include endangered and vulnerable plant species, contributed to soil erosion and overgrazed the grasslands, while competing with emus, kangaroos, wombats and wallabies,

“We harvested 42 hog deer, no animals were wounded and no animals were lost, so Parks Victoria was very happy with the marksmanship and the professionalism of our team.”

Early reports suggest the deer were in poor condition due to over population and limited food supply.

ADA Deer Management Committee Chair Steve Garlick said recreational hunters proved they were professional, skilled, dedicated and up to the task of wildlife management, even in the most complex of circumstances.

Meanwhile ADA Executive Officer, Barry Howlett, said “For many years, interest groups have conspired to block hunter access to public land on the grounds of safety - this program, and programs like it in the Dandenongs, show those claims for the lies that they are.”

The shooters involved in the program underwent a training accreditation course that involved marksmanship, ethics, navigation, and shot placement, along with carrying the correct permits.

“I’d like to thank all the participants, including the ADA, SSAA (Vic), Game Management Authority, Department of Economic Development Jobs Transport and Resources, Museum Victoria, and La Trobe University and look forward to continuing to build on these partnerships,” he said.

For further information about the Australian Deer Association, click HERE. 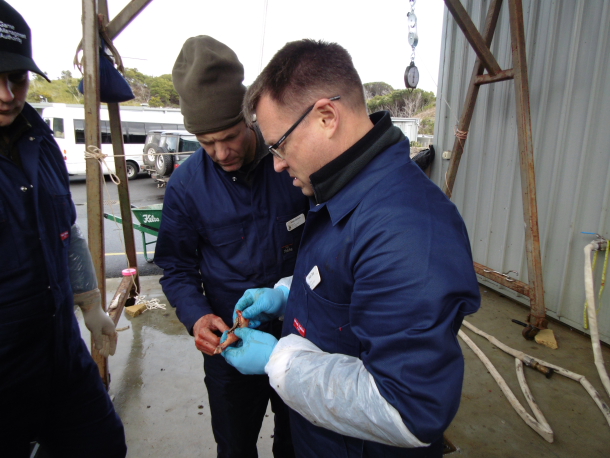